On Saturday, my wife, son, and I went to the park. After arriving and eating a snack, we began wandering and playing. While chasing my two-year-old, I noticed the rich variety of autumn leaves blanketing the ground. It dawned on me that it might be my last chance to make good on a promise to my friend, Kevin Hodgson, to remix his Learning Walk Photo Blitz: The Autumn Leaves here in Japan. 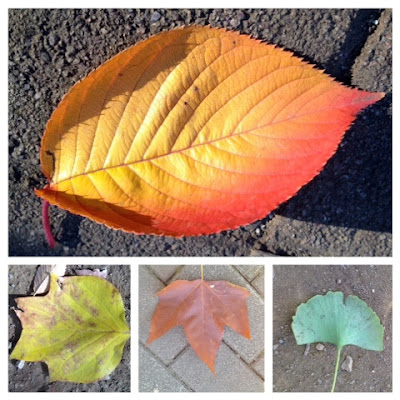 It was a simple matter of taking time to notice, or allow my attention to be captured by, particularly striking leaves as we charged around the park. I photographed each leaf twice, once in the autumn sunlight and once in my own shadow, taking care to let my iPhone camera focus as well as it can. 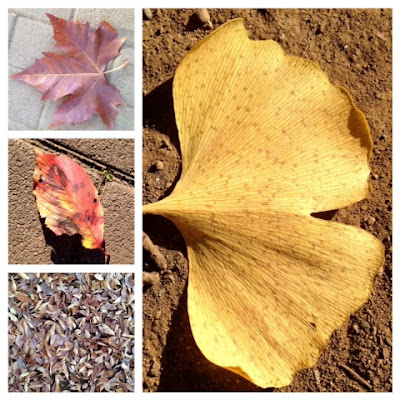 The most difficult part was assembling the collages using Pic Stitch. I easily get frustrated trying to work on that tiny screen, and there was no practical way to rearrange the photos between collages. At any rate, I made three and I hope I managed to capture the rich colors and seemingly unending variety I encountered. 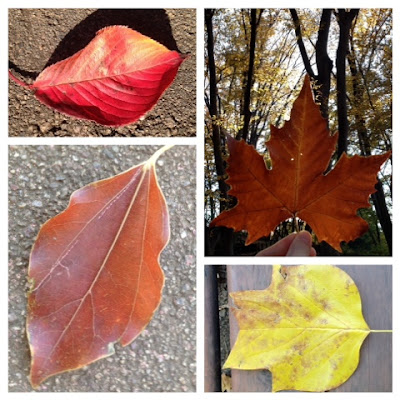 My wife, a much more experienced photographer and designer, also undertook a similar project that day as we took turns chasing our son. She shared in her post, Nature collage. During one of my turns with our son, we enjoyed triumphantly impaling some invading trees. 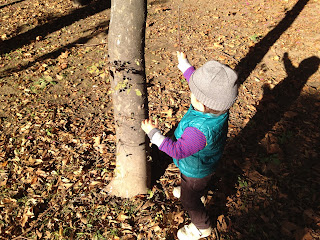 It was a deeply enjoyable day that I will certainly never forget, and reminder to me that learning, playing, making, creating, socializing, and any other growth activity, are not only interconnected, but are often one-in-the-same.

Pages on this blog

This work is licensed under a Creative Commons Attribution-ShareAlike 4.0 International License.